On October 27, 2021, the JSE Stock Exchange News Service (SENS) broke a story that two formidable platinum producers listed on its main board were in talks over a possible merger/acquisition transaction.

Read: Exxaro the undisputed king of coal on the JSE

According to the SENS report, both companies are said to have completed reciprocal due diligence exercises and are working towards a “proposed transaction implementation agreement”. The statement goes on to mention that shareholders will be kept abreast of the development around this transaction as they arise.

As is the case, whenever there is impending corporate action from a transaction of this kind investors are urged to take care when trading their shares.

This move by Impala Platinum (Implats) to buy out all the issued shares of Royal Bafokeng Platinum (RB Plats) signals a consolidation of the platinum sector on the kind of scale last seen when Sibanye Stillwater acquired Lonmin in 2017.

Shares of Impala Platinum showed a marginal increase of 0.8 per cent the following day whereas Royal Bafokeng shares traded 1.48 per cent lower on the following day however they have since hit the roof, increasing by 20 per cent during the day of the announcement. If the deal had gone through it would have seen Royal Bafokeng Platinum delist from the JSE and created a rival for Sibanye Stillwater as the largest platinum producer in the world.

Implats is then outmanoeuvred…

The corporate world especially where mergers and acquisitions are concerned is intensely cut-throat. Whenever a company engages in discussions with another to either merge operations and or acquire the other, such developments have been known to attract other suitors for the company in question. In this case, Royal Bafokeng Platinum then caught the eye of Northam Platinum Holdings which went on to secure an agreement with the target company. 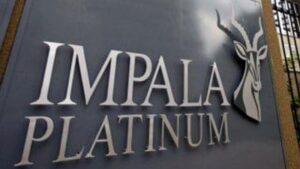 Impala Platinum was said to be flush with cash on the back of higher rhodium and platinum group prices. The transaction had it occurred would have been a combination of cash and equity. Impala Platinum’s rationale for the acquisition of Royal Bafokeng was expansion through the acquisition of low-cost mechanized assets like RB Plat especially since it is about to deplete resources in its deep level mines.

Additionally, Impala Platinum has for a long time desired to combine with Royal Bafokeng to help the producer exploit synergies from deposits adjacent to its massive Rustenburg complex.

The tie-up between Impala Platinum and Royal Bafokeng Platinum would also result in a newly combined entity that produces approximately 3.45 million ounces making it larger than Sibanye Stillwater and Anglo Platinum. A combination of Impala and Royal Bafokeng would have resulted in a company that could easily rival Norilsk Nickel.

Royal Bafokeng’s market value is estimated to be in the region of US$2 billion.

The transaction though at the time the cautionary statement was announced, looked like it was set to sail through and be consummated. Northam Platinum entered the fray in a turn of events that is more consistent with television drama films announcing that it had reached an agreement to take a 32.8 per cent interest in Royal Bafokeng Platinum. 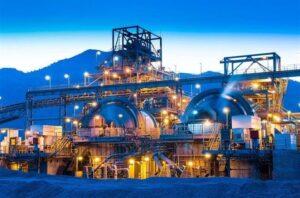 Impala Platinum, the initial suitor, then withdrew its cautionary. Northam’s offer is at a 90 per cent premium to what RB Plat shares are trading when Impala Platinum announced its offer; however, there is an important proviso—it excludes minority shareholders.

This undesirable aspect of the offer has resulted in some members of the investment community describing the deal as one where everyone is a loser. This is because for RB Plat shareholders there is no alternative offer and for Royal Bafokeng itself because the transaction will be settled in Northam Platinum shares which are said to be falling rapidly.

Shares in Northam Platinum lost 15 per cent of their value on the 9th of November while RB Plat gained a marginal 2.1 per cent. Impala was preparing an offer of cash and shares at a premium of between 25 per cent to 37 per cent of what the shares were trading before the announcement of the transaction. This translated to a price per share of R130 which came short of the offer made by Northam of R180.50 in cash and shares.

For its part Northam Platinum through its chief executive, Paul Dunne surmised that the stake in RB Plat provides what he called a “strategic platform” for a possible combination of the two miners in the near future. Northam Platinum is nothing if not ambitious; it spent a long time developing the Booysendaal project until it was fully operational.

The company’s ambitions also come through from the nature of the offer. It agreed not only to pay a substantial premium over the initial suitor for RB Plat, translating to R17 billion (US$1.11 billion) but also entered into a put and call arrangement with Royal Bafokeng Holdings where it can increase its shareholding in the RBH owned platinum miner to an aggregate 33.3 per cent.

According to the announcement on Northam’s website the agreement reached also obliges Royal Bafokeng Holdings to “further endeavour to procure that one of its wholly-owned subsidiaries enters into an agreement with Northam whereby Northam could increase its interest in Royal Bafokeng Platinum up to 34.9 per cent, pursuant to an additional call and put option arrangement.

What this means in essence is that Northam is firmly entrenched in the affairs of Royal Bafokeng Platinum and will not be easily separated from it.

In other words, no other company can buy a large block of shares in Royal Bafokeng Platinum without Northam’s say so!

Whether or not Northam is overpaying for this asset is a topic for another day; however, what is clear is that consolidation is rife in the platinum group metals sector.

Read: Hwange Colliery: The giant that could have powered Zimbabwe & Southern Africa

I am a financial services professional with a strong background in diverse areas of banking. My skill set includes among others International Banking, Trade Finance, Commercial Lending, Customer Service, Finance, Banking, Corporate Finance, and Investment Banking. Africa is my home and I am passionate about its development,

Zimplats Holdings the jewel in the Impala Platinum’s crown

Zimbabwe’s Platinum is not for Zimbabweans!